The Lancet
The world’s population is ageing rapidly at an unprecedented rate. The proportion of people aged over 60 years will double from about 11% to 22% between 2000 and 2050. Population ageing has profound implications for the burden of disease and social and health-care systems. How well prepared are countries to cope with these changing demographics? Unfortunately, current elderly care systems worldwide are already unable to address the soaring demand from fast growing numbers of older people, even in higher-income countries.

Crisis in care 2014, a report published on March 6 by Age UK, shows the depth and trend of the social care funding crisis in the UK, which has intensified over the past few years and is expected to continue unless there is substantial investment in the social care system. The findings in the report are shocking and disturbing: between 2010—11 and 2013—14, public funding for older people’s social care fell by a massive £1·2 billion (15·4% in real terms), even though it had been stagnant between 2005 and 2010. The proportion of people aged 65 years and older in receipt of social care services has declined from 15·3% in 2005—6 to 9·9% in 2012—13. In 2010—11, around 800 000 people aged 65 years and older received no support from public or private sector agencies. “The figures we have uncovered in this report are catastrophic. Older people who need help and are now not getting it are being placed at significant risk and families who care for loved ones are experiencing intolerable strain”, said Caroline Abrahams, director of Age UK.

The UK is not alone in facing an elderly care system that is on the brink of disaster. The USA is “heading towards the caregiving cliff”, John Schall, chief executive of the Caregiver Action Network, told The Washington Post last week. In the USA, unpaid family caregivers provide most assistance to support chronically disabled older people (aged 65 years and older) to live in the community rather than in specialised care facilities. In 2013, about four in ten American adults identified themselves as a family caregiver and the need for caregivers is constantly growing, especially as the baby boom generation (Americans born between 1946 and 1964) approaches retirement age. Family caregivers of older people with high levels of personal care needs could encounter considerable strain providing such care. Family care is crucial to the elderly care system in America, but there are many concerns about whether the quantity and quality of caregiving can meet the rising demand of an ageing nation.

Worse still, being aged might be more problematic for people in middle-income and low-income countries. Take China—the world’s biggest developing country—as an example. China is getting old before it gets rich. Demography has become China’s Achilles’ heel. According to the China Health and Retirement Longitudinal Study, at the end of 2011, China had more than 185 million residents aged 60 years and older. 32% of elderly Chinese (defined as 60 years and older) reported poor health, 38% reported difficulty with daily living, 40% showed symptoms of depression, and 23% lived below the poverty line. The tradition that the elderly would live with their children and grandchildren, rather than entering a care home in China, is gradually changing to a more western style of care, reflecting the change of society as a result of the one-child policy and massive urbanisation. It is therefore ironic that the UK’s health secretary, Jeremy Hunt, called on the UK to adopt the Asian culture of caring for elderly relatives. He is badly out of date in his facts.

Elderly care differs greatly between countries and there are tremendous cultural and political variations in the way in which ageing is viewed. A more age-friendly approach is needed to ensure healthy ageing with dignity. To meet this goal, more investment—financial and human resources—is, without doubt an urgent necessity. In a climate of austerity, efforts can also be exerted in other areas, especially disease prevention and health promotion for older people, together with interventions to reduce smoking, alcohol consumption, and obesity. Additionally, better coordination is needed between health care, long-term care, and social services to enhance capacities and ensure sustainable services. Elderly care is in crisis, and it is likely to be so for a long time. But ageing is not an inevitable drain on social and health-care resources. Within the crisis there are opportunities to rethink and reform health care and social systems for the benefit of all. 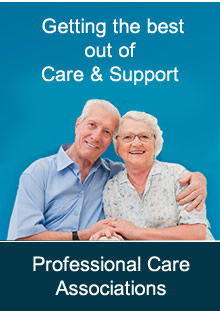